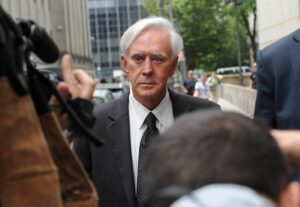 Billy Walters is a retired professional gambler who was born in Kentucky in mid-1946. He is regarded as one of the most successful sports bettors in Las Vegas. Moreover, having had a winning streak that extended for over 30 years. This is generally unheard of in the gambling industry.

Walters hundreds of millions in winnings have allowed him to build an empire that includes hotels, golf courses, property developments, car dealerships as well as other business interests. Walters is known as the Michael Jordan of the Sports Betting world. One bettor even referred to him as “the most dangerous sports bettor in history.”

Walters was not always a winner; in fact, he went broke several times and described himself in his younger years as being a gambling addict and compulsive loser. His success came through trial and error and the harsh lessons he had to learn as a gambler, namely:

Billy “The Great White Shark” Walters has amassed hundreds of millions of dollars from sports betting, mainly on the Basketball and American Football arena. He loves betting and once won $400 000 on a hole in golf and $1 million on a round. This self-made entrepreneur story is incredible when you take into account he came from a low-income family and an alcoholic mother. Walters is proof that no matter what your background or where you come from, anything is possible with persistence, knowledge and knowing when to quit.

In April 2017, Walters was found guilty of insider trading and was sentenced to 5 years in prison and fined $10 million.