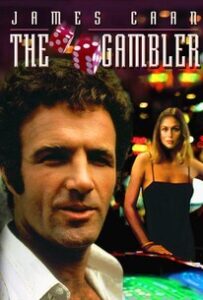 The gambler is a 2014 crime drama about a literature professor who is addicted to gambling. It goes through how his high rolling bets land him in trouble and pits him against his worst enemies. The original version of the movie was actually released in 1974, long today todays online bingo casino world came to the fore!

The film is the story of the impasse of a gambling addict. It leaves viewers with valuable lessons and many thought-provoking reflections as it highlights the destructive nature of not knowing when to quit.

More about the Gambler

Jim Bennet (Mark Wahlberg) is a professor of literature who comes from a family that is well off with a stable family life. However, this does not seem to be enough for Jim, and his life takes a turn for the worst as his gambling addiction takes over his whole life.

The more Jim plays, the more he loses, and he finally has to borrow money from loan shark bosses to feed his addiction and to gamble on the red game. His debts keep growing, and it reaches a stage where no one is willing to lend him money, and he has to repay his $260 000 debt within seven days. Unable to do this, the loan sharks go to his mother who gives Jim the money to pay off his debt. Of course, he does not do that, though. His gambling blood takes him to a casino where he loses it all in one night.

With a considerable dilemma on his hands and the repayment date near, Jim plans to flee. However, he is hunted, arrested and beaten by the loan shark. Jim has to repay the debt, and with no way out, he decides to take a risk playing a gamble which pays off.

The film The Gambler details the self-destructive nature of gambling and how reckless players become, hoping for that big win that never.