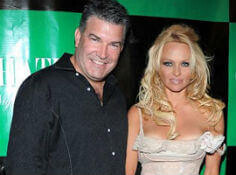 Don Johnson is a professional American gambler, Blackjack player and former corporate executive born in Salem. He rose to fame when he beat Atlantic City Casinos and walked away with over $15 million over six months in 2011.

Don Johnson is one of the most famous names in modern advantage playing and not because he was some lucky high roller player. He used his PhD in Mathematicians to help develop a strategy. Furthermore, he gained an insurmountable amount of knowledge running a profitable Horse racing syndicate in Philadelphia Park which evolved into Parx Casino. This alone was enough to make him the success story he has become.

In the early 2000s, Johnson founded Heritage Development, a company that uses computer-assisted wagering programmes for horse racing. In 2010 he was invited to play at a high stakes Blackjack game. However, before accepting, he negotiated several changes to the standard game of Blackjack to gain the mathematical edge. Some of the changes included a 20% rebate on his losses, six decks and re-split of aces.

He also beat Tropicana out of close on $6 000 000, Borgata out of $5 000 000 and Caesars out of $4 000 000. His totals winnings were on $15.1 million, and the casinos felt the losses. Tropicana and Borgata didn’t ban him, but they stopped him from playing under specific conditions and limits, while Caesars banned him with immediate effect.

Don Johnson is what is referred to in the casino industry as a whale. Casinos earn 80% of their profits from these high rolling gamblers. However, Johnson did buck the loser’s trend and never cheated. Instead, he used mathematical elements and strategy. However, he has been penalized by many casinos due to his profitable strategy.