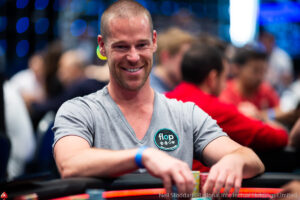 Patrik Antonius, the Black Lotus or The Finn, as he is nicknamed, was born in Finland on the 13th December 1980. He is a Finnish professional poker player and has a few other achievements to his name. He is also a former tennis player, coach and a model for Vantaa Finland.

Patrik had never set out to become a professional poker player as he had a promising tennis career that he was pursuing. However, due to a severe back injury, his life led him to the green felt becoming a successful poker player. He stumbled upon Poker at 17, and as soon as he turned 18, he found his way into a local casino with his game of choice being Pot-Limit Omaha.

In 2003 Patrik discovered online Poker, a moment that truly defined his poker career. Moreover, he deposited $200 into his online account and has never looked back. He turned that $200 into $20 000 within a couple of months. His most significant cash came in 2012 when he finished as the runner up to Phil Ivey in the $250 000 Aussie Millions Challenge earning $1.2 million which was his second 7 figure score.

HighStakes DB stated that between 2008-2013 Patrik accumulated winnings over $11 million on Full Tilt and PokerStars playing a FinddaGrind. He won in the region of $6 million between 2007-2016. Furthermore, Antonius holds the record for the most prominent online poker pot win in poker history.

Patrik Antonius has no WSOP bracelets, but it’s because he focuses most of his energy on good cash games globally. Anyone who has seen him in action when playing High Stakes Poker or Poker After Dark knows he has the ability. His opponents know what they are up against when The Finn takes a seat.